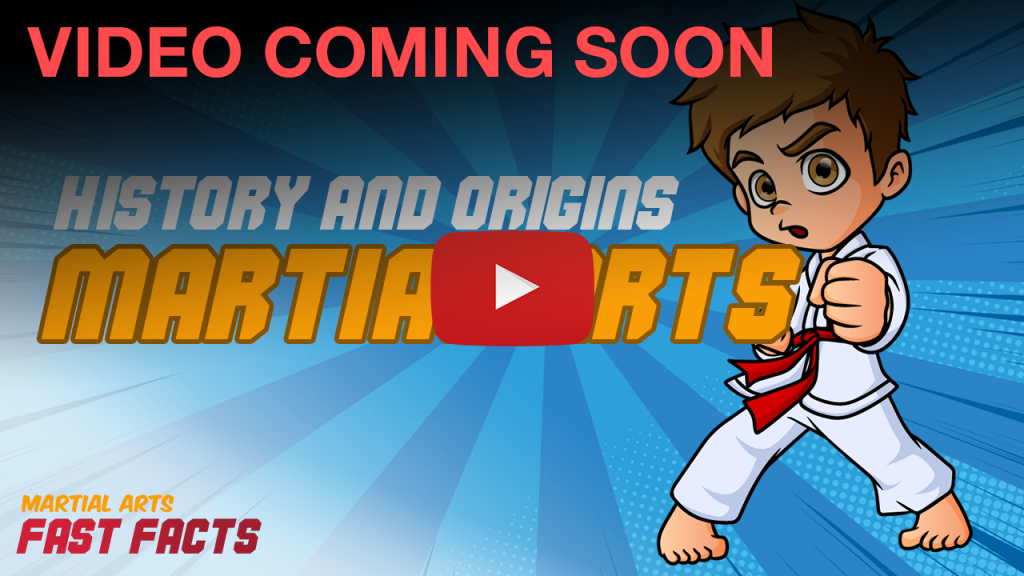 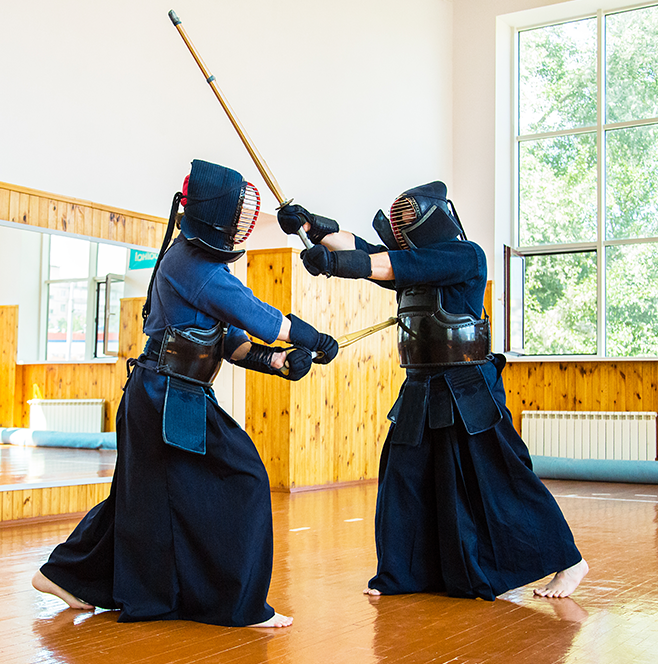 ‘Ken’ means sword and ‘Do’ is the way, so Kendo, translates literally to mean ‘The way of the sword’ – it is a modern Japanese martial art which provides a number of challenges – both physical and psychological.

Kendo developed from Kenjutsu/swordmanship but it is very different from the more violent origins which involved fierce and often fatal sword battles between samurai warriors.

Kendo practioners are known as Kendoka which simply translates into ‘one who practices Kendo’. They are sometimes referred to as Kenshi (swordsman).

Kendo can be noisy when compared to other martial arts, as practitioners will shout (kiai) when striking in order to demonstrate their combative spirit. During a strike they also perform a fumikomi-ashi, which is like a stomp forward and reduces the gap between the striker and their opponent.

Whilst this is also used in other martial arts, it remains unclear when it was first introduced to Kendo. It is thought in some quarters that it may have been after the Bogu was created as this extra protection enabled the practitioners to ‘jump in’ when performing an attacking strike.

WHAT WILL I LEARN FROM KENDO?

Modern Kendo involves targeted thrusts and strikes at specific areas including the wrists, head and body – these are protected by armour. Due to the danger of performing certain strikes and thrusts some are not permitted during practice and competition events.

There are various techniques which can be used in Kendo, and these are split into ‘strike initiation’ known in Japan as shikake-waza; or ‘response to a strike’, which is referred to as ōji-waza – counter attacks which can be used after responding to or avoiding a strike from an opponent.

These techniques are often practiced individually by a Kendoka with a motodachi (one who receives strikes) and this needs a lot of patience as you start slowly then build up speed as you improve and your confidence increases.

In competition, points are scored for an accurate strike or thrust on a target area of an opponent. 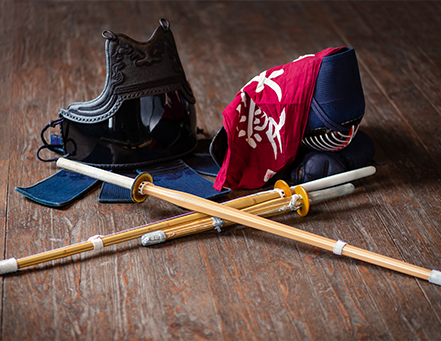 WHAT ARE THE KENDO GRADES?

There are no belts or difference in uniforms in Kendo.

In Kendo there are six grades below first-dan, known as kyu: Sixth kyu is the lowest, up to First kyu – the highest.

After the kyu grades Keno students progress from First-dan up to Eighth-dan. Eighth-dan is the highest you can reach through testing.

Ninth-dan and Tenth-dan can technically be awarded by the International Kendo Federation, although it is very rare.

Only five Kendoka have ever been admitted to the rank of 10th-dan.

WHO CAN TAKE UP KENDO CLASSES?

Kendo is a full contact sport, so may not be suitable for younger children. Kendo classes focus on technique rather than strength and fitness so anyone can take part regardless of their ability. Adults can be of any gender or experience level when starting Kendo classes.